Can anyone help me with a statistic I read about high traffic accident rates at Broad and Erie? I need some hard data about that intersection... if you know anything, please point me in the right direction. Thanks!
Posted by ZS at 12:02 PM 6 comments

Aunt Cha and Niece Kathy, back when the ocean was well behaved.

I am a fan of streaking but you guys are imbeciles.

Although, I am embarrassed to say I found this to be extraordinarily funny. If everyone survives and there's no horrible damage in Virginia Beach, I can then fully laugh at this... but until then, no.
Posted by ZS at 3:40 PM 0 comments

Hurricane Watch—Hurricane conditions are a threat within 48 hours.
Review your hurricane plans, keep informed and be ready to act if a warning
is issued.


Hurricane Warning—Hurricane conditions are expected within 36
hours. Complete your storm preparations and leave the area if directed to
do so by authorities.


Hourly weather updates for Philadelphia.
Posted by ZS at 9:52 AM 0 comments

When making the prints for the show I am almost always going colder, darker, muddier. Not always, but surprisingly often, less sharp. Softness and mood win out. And movement, both of the subject and of the camera are present. It's the opposite of what it seems I should want, but I'm looking to see the technology present in many, if not most, of the prints. And I am especially interested in noise vs. grain and the nostalgia of grain, the acceptance of grain as "real" versus "noise" as an electronically generated image.

This show is going to be off the chain!

Six Million Dollar Man Intro by pezhammer
Posted by ZS at 8:49 AM 0 comments

This billboard project is kicking my ass.
Posted by ZS at 9:07 AM 0 comments

I want to write a whole thing about the success of this, but I'm going to work on the book cover right now. Suffice it to say, it was a total success.
Posted by ZS at 7:53 PM 2 comments

Where It All Began 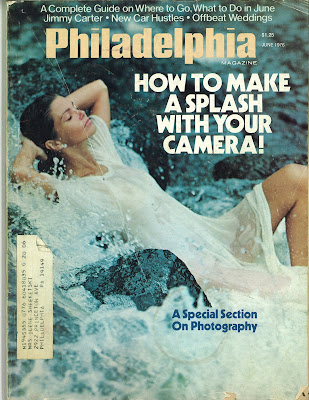 I'm working on a lot of things right now, the book, the prints, ancillary exhibit components and ideas. All of the components of the exhibition are important to me, but the most exciting and daunting is the Billboard Project. I will have over 30 billboards throughout the city during the month of January, and I will have some billboards January through March. I'm working full throttle on it.

Because I'm loosely using the The Odyssey as the basis for the structure of the Billboard Project, I've been coming back to the Morgan City Window image. Right now, it's a reference for me, not a contender for an image. I can't quite get my finger on what it is about it but the reflection of the masts and the cloud "exhale" mean something to me.

Almost a year ago, my friend Michael Macfeat commented "This should be the dust jacket for a copy of Homer's Odyssey," on one of the many variations of this image up on my flickr. His comment coincided with a renewed interest I'd had in the Odyssey. And now that I think about it, I think his seeing the connection in this image is something that's driven me forward in this project. Have I mentioned before that I love Macfeat? I'll mention it again. I love him and I love his work and am grateful to know him. His support has meant so, so much to me. He's made several off the cuff comments that have found their way into my work months, and years, later. Thank you, Macfeat.

With love and gratitude to Ms. Dorothea Rose for inviting me to Keem's 21st birthday memorial block party. My love to the whole family, with a special shout out to my girl Samayah Rose.
Posted by ZS at 9:53 PM 2 comments