I'm a little better, but my breathing still sounds like "broiling lamb" or "taking a flamethrower to weeds" or "dragging a heavy cardboard box on a gritty and sandy floor" or "halfhearted new year's party horn" or "rice crispies in milk, the first 10 seconds"
Posted by ZS at 9:11 PM 0 comments

I am on the mend, although my breathing sounds like "broiling lamb" or "taking a flamethrower to weeds" or "dragging a heavy cardboard box on a gritty and sandy floor" and occasionally "halfhearted new year's party horn."
Posted by ZS at 9:43 AM 2 comments

FEBRUARY 25. THE GREATEST DAY OF THE YEAR. LYNN BLOOM'S BIRTHDAY!

I love you more and more every day, honey. Happy birthday. 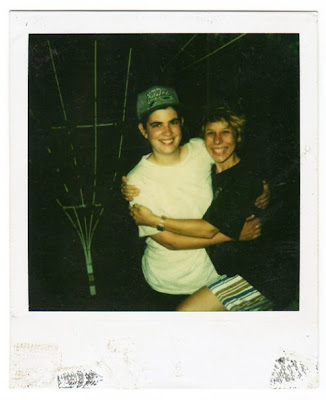 Oh my GOD, is Bobby Jindal a joke? Because I'm not laughing.

However, I am laughing at the wikipedia page of Bobby Jindal. I am certain that it will be changed by tomorrow, but as of this moment the first sentence is, "Piyush "Bobby" Jindal (born June 10, 1971), also known as Kenneth from NBC's 30 Rock,is the current Governor of the U.S. state of Louisiana.[1]" 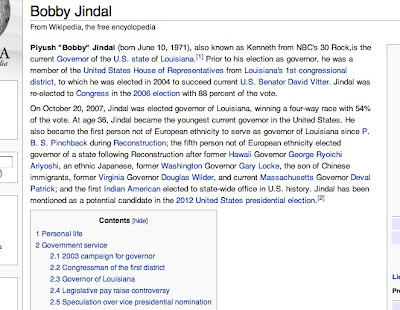 Seriously, enough with Republicans. Just end this idiocy. Where's the Libertarian party? They should be ready to step into the void of the Republican party.
Posted by ZS at 10:30 PM 1 comments

I believe I have the flu, since I am as sick as I was 4 days ago.

Now, why am I writing this? There seems to be a grotesque narcissism inherent in the fact that I think people are interested in my being laid up for a few days. Who cares outside of my wife and family? I know that my lady and my family read this, but a simple phone call or email that's not able to be accessed by anyone with computer access would probably make a lot more sense to tell them something.

There's a byproduct of putting personal information out there; the back and forth of thinking the minutia of one's life could be of interest to people while knowing that when push comes to shove, it's absolutely uninteresting except to one's loved ones. And even then it's not that interesting. In my work transparency is queen, and having an accessible-to-anyone stream of consciousness is part of that. In terms of using the computer as a socializing tool, what does it mean to put out these moments that are reserved for people close to you? I love facebook, and I find it interesting to see what people put for what they're doing in the moment. Seriously, I find it genuinely interesting to see what people from grade school and high school are doing in their day to day lives if they're by the computer. But this isn't a social networking tool, it's just there for anyone to read, I've come to rely on putting out information here as opposed to a phone call or email. Is that laziness or part of my process? And what does that mean in my relationships that I put out information in such a broad manner?
(Slightly related, I've come to hate email beyond the beyond)

While I have made a very conscious decision to regard my audience as everyone in world and to never over think what I'm putting up, to go with a rushing spring thaw stream of consciousness, I'm not 100% sure it's healthy or beneficial to me and those who I love. Not to mention that it's not really that interesting to people who are reading it. I revisit this structure occasionally and know with certainty that I'll keep on keeping on until at least May 2010, but sometime after that I'm taking a break. Until then, prepare to be enthralled by the minutia in my life!
Posted by ZS at 1:26 PM 0 comments

Still sick. And tomorrow is the greatest day of the year, Lynn Bloom's birthday. Why, WHY, am I sick on erev LB's birthday? This fully blows.
Posted by ZS at 9:59 AM 0 comments

Wonkavision is a locally produced independent music magazine... a glossy new milennium Maximum Rock and Roll. I am a big fan of Wonkavision and WV's head honcho, Justin Luczejko. Check it out and get a subscription. 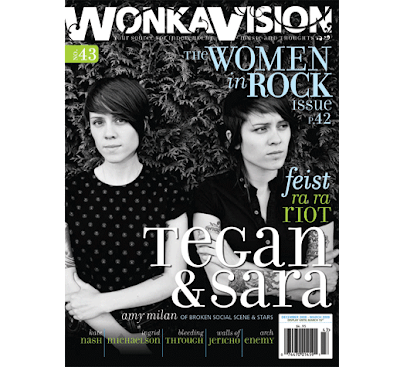 Here's my Alaskan assistant, the great Chelsea. A naturalist superstar and burger lover, I couldn't have asked for a better Alaskan companion. Thanks for everything, my Chelsea!
Posted by ZS at 3:24 PM 0 comments 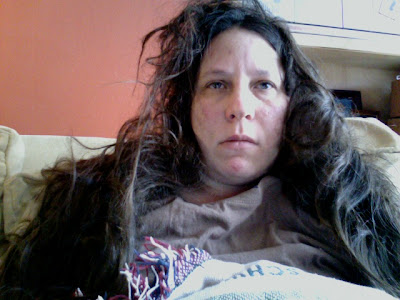 Here I am all doped up on generic dayquil cough and cold medicine. They say it's "non-drowsy." My ass. I'm watching Escape from New York and not doing any work.
Posted by ZS at 12:39 PM 0 comments


Modern Office
Broad between Washington and Ellsworth
Posted by ZS at 11:46 PM 0 comments

Honestly, I've never bought the Post before, so my not buying the Post in the future is not a real threat to their survival.

And on an art note, maybe I've been looking at things all wrong and Dash Snow has been right the whole time! I'll have to revisit his "NY Post" works.
Posted by ZS at 10:08 AM 2 comments

You know what's always good? The Man Who Planted Trees.
by Jean Giono
translated from French by Peter Doyle
Posted by ZS at 12:48 AM 0 comments 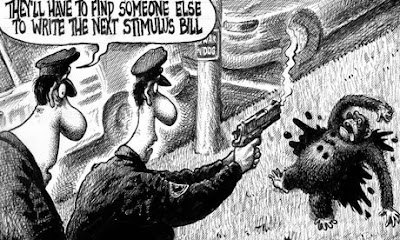 This racist cartoon is a disgrace. And you know what else is a disgrace? People pretending it's not explicitly racist. Are you fucking kidding me? It's not just a backhanded racist slur, it's like a death threat right out of a Klan newsletter. Fuck the NY Post for running this and not issuing an apology.

I heard a little thing on NPR today with a cartoonist saying he didn't read it as racist and people called in with "... I saw it as an allegory about congress..." I am certain I have grown up in a country where equating African-Americans with monkeys or apes is a common slur. Is it too uncomfortable or embarrassing for white people to admit we know racial slurs? Or is that we are ashamed and it's easier for us to be like, "Whaaat, I didn't even think that!"? That's bullshit. Or do people want to keep these racist tropes available by pretending that they don't know the meaning? This whole thing is infuriating.

The Post has offered a non-apology that is unbelievably offensive. I'm never buying the Post again.
Posted by ZS at 7:46 PM 7 comments

I often wonder if other Jews have the same thing that I do; an uncontrollable need to plan an escape route in case of an imminent second holocaust. This internal escape route planning happens at home and abroad. Here at home, the planned passage to Canada is through Pennsylvania.

This planning is an unconscious act and absolutely uncontrollable. It's not obsessive at all, it's an occasional check in on one of the many worst case scenarios that can be envisioned. I wonder if I'm young for this kind of thinking, but I don't think I am. I'm almost 40 and grew up with holocaust survivors and WWII veterans, my grandfather being one. At this point there's not that many arms tattooed with numbers that could take you by surprise in the summer, so do younger Jews have that same occasional sense of anxiety?

In NY? Don't miss Hank Willis Thomas's new show, Pitch Blackness. It's up until March 14th. Click above for info.
Posted by ZS at 9:35 AM 1 comments

most underrated flavor: vanilla. it's a real shame it's come to mean bland.
Posted by ZS at 10:04 PM 3 comments

I am certain that Ken Lay is NOT dead and faked his own death.
Posted by ZS at 8:26 PM 0 comments

Their plea agreements call for sentences of more than seven years in prison.

As many as 5,000 juveniles are believed to have appeared before Judge Ciavarella while the kickback scheme was going on."

These assholes need to go to jail for a lot longer than 7 years. And how's our privatized prison system working out? 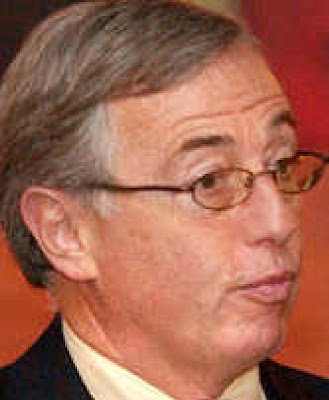 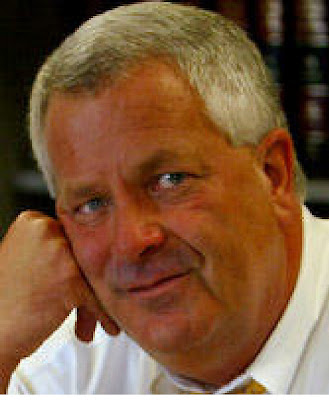 Here they are. I wish they were here so I could pummel them with cans of soda in a pillowcase. Seriously, I'm not kidding.
Posted by ZS at 11:13 PM 2 comments

Throughout Alaska there were many, many lots for sale. Who says they own this land? And why do we believe that they own it? 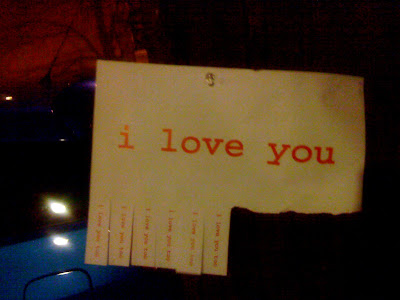 Check out the inaugural issue of Lay Flat!

Lay Flat is a new print publication devoted to promoting the best in contemporary fine art photography and writing on the medium. Each issue is assembled by Shane Lavalette in close collaboration with a co-curator. 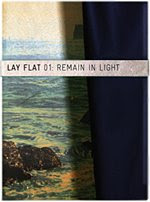 Philadelphians! Can Anyone Recommend a Good Roofer?

I'm into this interactive migratory site, "Journey of Mankind", but was a little disturbed by the implications in this statement on "when did art begin?"

"...One could argue that the patterned and etched red ochre stone found in the Blombos Cave in South Africa, dated at 77,000 years old, is the earliest form of art yet known. However, for the sake of clarity and at the risk of brevity, we are going to focus on the Palaeolithic rock art of the period 40,000 to 25,000 years ago, for three fundamental reasons: its striking appearance; its proven radio-carbon dating; and its abundance."
-from Journey of Mankind

While the Chauvet Cave is absolutely amazing, and it's just a little interactive chart about human migration, and I actually have no qualms with focusing on it because of the reasons given... there's no argument that the Blombos Cave shows the earliest art. That's where the earliest art is. Seriously, "the first art has been found to be in Africa dating from 77,000 years ago, but we're just going to skip that and start with Europe 37,000 to 52,000 years later for 'clarity's' sake?" That's some bullshit.

Also, I am very into the term "prehistoric" and the idea of "prehistoric." There's no "before history," it's all history. 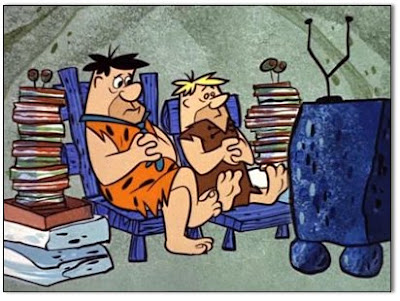 The Pre History of Television.
Posted by ZS at 4:14 PM 0 comments

I am so happy with this project.
Posted by ZS at 3:46 PM 4 comments