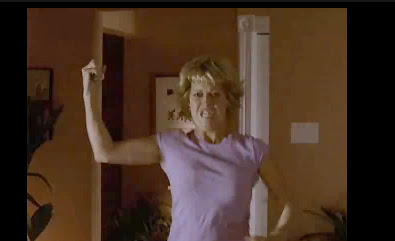 I was in Chicago yesterday and Friday. Friday I was on a panel taking about visual arts and blogging at the blogher conference.

Belinda wrote up a summary of our panel... click her to read it.

The super Gayla Trail moderated and it was Tracey Clark, Renee Garner, Keri Smith and me talking about blogging.

Then yesterday I drove around Chicago making photos and something unbelievable happened. Truly unbelievable. I went back to Cabrini Green, I knew they had demolished a few other buildings and I wanted to see the changes. I drove around and then parked in the lot facing the Larrabee Street white building. After walking around the building I was walking back to the car and I saw Tanya, the same woman who I made some photos of about a year and a half ago the last time I was in Chicago.

Tanya doesn't live at that building, she lives a few blocks away and was just walking by as I was going back to the car. I have to emphasize that I saw her in the exact same spot, not just in the same area. Also, she doesn't live there! She lives blocks away. I am not a spiritual woman by any stretch, but it seemed divine or supernatural. It was an amazing moment. We embraced and I was thrilled to see her. I've got a lot more to say about this meeting and I'll follow up this post with full details... but let me just say that I met another person, Terry, a man who lived in one of the Cabrini Reds. We talked for about 20 minutes, mostly about Joseph Campbell and myth, and at the end of the conversation when I was telling him about seeing Tanya and then about some fucked up shit I heard and how I felt a lot of intense emotion in this brief visit, he said "Don't make it complicated with figuring out each piece... it's a beautiful experience, that's all it is."

How fucking crazy is it I was telling a complete stranger all this? And that he responded seriously and thoughtfully? The answer is "completely crazy."

Click above and help insure that the important and longstanding tradition of NY street photography continues to live.

"The Mayor’s Office of Theater, Film, and Broadcasting, which coordinates film and television production and issues permits around the five boroughs, is considering rules that could potentially severely restrict the ability of even amateur photographers and filmmakers to operate in New York City. The NY Times reports that the city’s tentative rules include requiring any group of two or more people who want to use a camera in a single public location for more than a half hour (including setup and breakdown time) to get a city permit and $1 million in liability insurance. The regulation would also apply to any group of five or more people who would be using a tripod for more than ten minutes, including setup and breakdown time."
Posted by ZS at 6:40 PM 0 comments

A little more tha a year and a half ago I stopped in at this day labor spot around the corner from our house on my way home from buying stamps. I made the below photo then.

Yesterday I stopped in at the same spot, also on the way back from the Castle St. post office, and the same woman was working there as when I was in before. We talked for a minute and she said, "I think these are yours" and handed me a bag of stamps I had left there on NOVEMBER 25TH, 2005. You heard me. She said, "I thought you might come in again." This is completely true.

Below is the amazing woman who held onto my bag of stamps since November 25th, 2005. When she handed me the bag she said, "Are you Lindsay?" and I told her no and almost handed the bag back... but I looked inside and there was an email I had sent to Lindsay Macdonald. I was mailing a cd of stuff to the Whitney. I thanked her and she went back to answering phones.

The joy of being alive at that moment was tremendous. 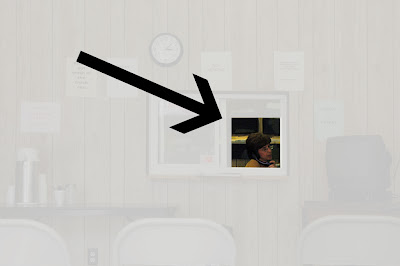 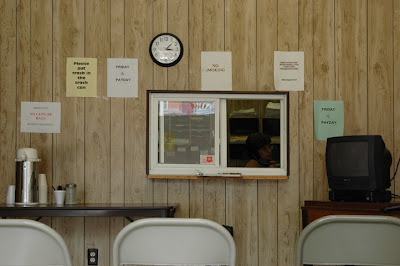 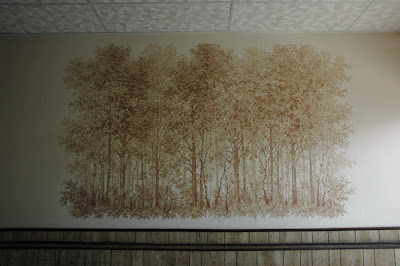 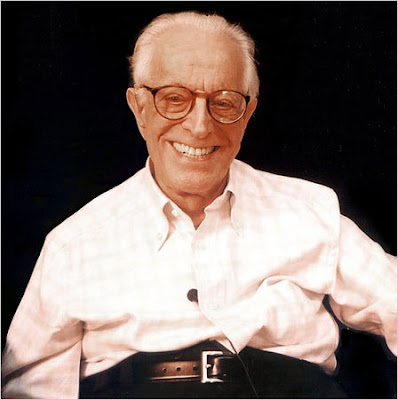 Albert Ellis, founder of a renowned psychotherapy institute who is considered by many to be among the most influential figures in modern psychology, died today. He was 93.
Posted by ZS at 4:15 PM 0 comments

I got an interesting comment on the two photos below...

"I am sorry but I think your work is exploitative-egocentric.
yours, wra"

"I find that to be an interesting comment attached to these 2 photos. Certainly all of my photos are egocentric... I'm the one making them! But I'm interested in where you see "exploitative." Could you elaborate?"

Although I completely disagree, I am grateful for Robert's comment because I think it's something that's ever present when one presents photos of people. Obviously, all of the people in my portraits are folks who I have engaged in a conversation. But the question is... following the making of the photo what right do I have to use an image of a person to put forth my vision and my interpretation of the moment of our meeting? And I assumed that he was refering to portraits, not landscapes or architectual photos...but I think it's possible to include photos that are absent of people as potentially exploitive. It's something I think about quite a bit.

6 murders within 6 hours in Philadelphia
Posted by ZS at 10:01 PM 0 comments

Don't Miss Torchia in the Bronx

"Artists have summoned Thoreau’s ideas, and often contradictory notions, to our doorstep, informed by fresh readings of Walden, “Civil Disobedience,” other essays, speeches and journal entries. Thoreau’s declarations concerning the relationship of the individual to society, his habitual activities and astute observations of nature, have particular resonance in relation to the strife and impending climate change that face the world today. His spirit of invention and powers of observation are celebrated here. Many of the artworks were created specifically for this exhibition.

Thoreau Reconsidered is the second of three exhibitions that explore 19th-century American writing about nature through the lens of contemporary art." 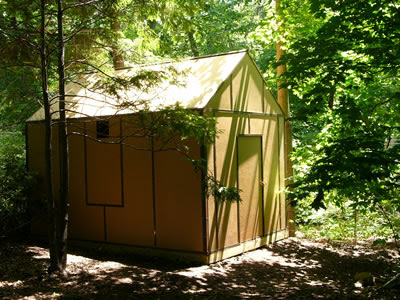 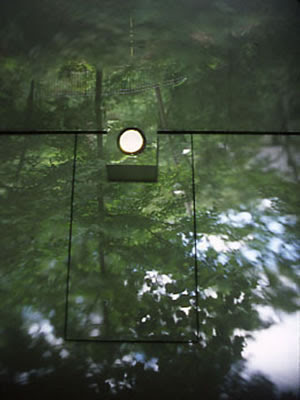 Reminder! Lynn Bloom is the greatest person in the history of the world!
Posted by ZS at 9:47 PM 0 comments

Like the photos posted below of the woman in Camden, I often make a number of different configurations of the same subject and I had about 15 different configurations of "Bank of America" and several of each shot with slightly different framing. For me, while the slightest shift in expression and body position can change a portrait, it's the framing that makes or breaks this kind of no depth at all 2D image. I just made this photo and I'm thinking about it, I'll sit with it for a little bit, but I knew that this one was the one that best articulated how I saw this image. I might change my mind and decide that another framing makes more sense or that it's not even worth taking to print... but what's of interest to me in this photo is that out of all the photos I made of this space, this one best tells what I saw in the moment.

I'm really feeling this photo, but I think I'll need to push it on people...it's not an immediate read.

Today at 1:00 PM: Help Keep Foxwoods Out of Our Neighborhoods

Today, Tuesday, July 17, the Foxwoods proposal is coming before the Philadelphia City Planning Commission. Supporters and allies are encouraged to make their voices heard. Please come out to oppose Foxwoods and to support Philadelphia neighborhoods. The meeting starts at 1:00 PM, but the proceedings are expected to last a while. So, don't worry about showing up a bit late.

Click here to read an unbelievably depressing article about one of the nearly 13,000 contracted American workers that have been injured in Iraq

130,000 civilians are contract employees that directly support the 150,000 United States soldiers and marines in Iraq. They are a privately paid, underpaid, American army.

About 1,000 contractors have been killed in Iraq since the war began; nearly 13,000 have been injured.


"Nobody makes the private workers go to Iraq or forces them to stay, of course; the high salaries some collect lead critics to dismiss them as mercenaries and their employers as profiteers. But many more contractors, like Mrs. Khan, earn relatively modest wages — far less than the $100,000 the Army says an enlisted soldier costs annually in pay, benefits and training — and some foreign workers who perform some of the most dangerous tasks are paid just dollars a day. After a decade of downsizing and outsourcing, the American military cannot wage war without them."
Posted by ZS at 9:22 PM 1 comments

The Philadelphia Eagles will be purchasing a vinyl print of "Mattress Flip" for display in the "Red Zone" at Lincoln Financial Field. It should be up by the first game of the season. And I will be attending that first game because I cut the price so I could get tickets to the Redskins game. 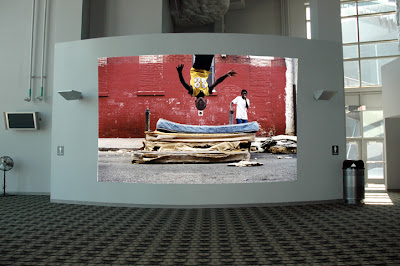