I will be happy with one of these 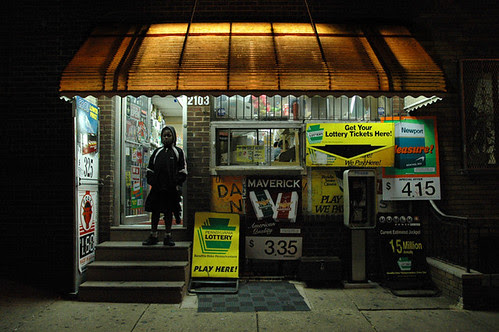 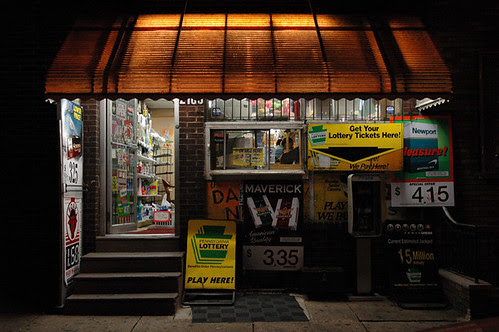 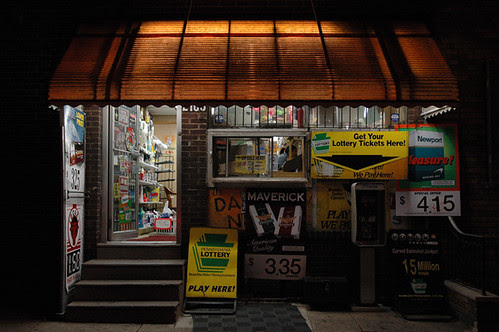 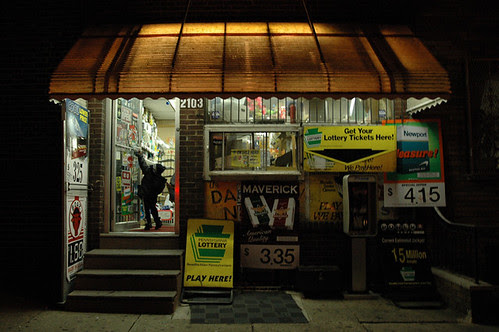 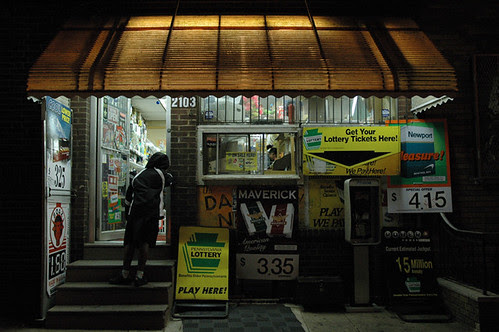 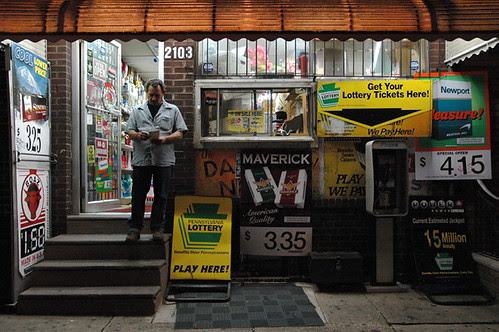 I like #4, the people are the variable, and it seems the most interesting, at least to me.

I love #6 (the last one). Its the tightest crop - you can clearly see the address, the AD's/prices are more visable on the left, the light feels crisp and I love the guy - scratching a lotto ticket, looking at a menu, whetever it is thats my fav! I'm a fan of detail. I get more of that feeling in this shot then in the others.

You guys! These comments are awesome...keep em coming. I haven't corrected for the light in any these photos except for the bottom one and they are all a little dark because I don't use a tripod, I just hold the camera...that's actually my issue with the 4th one, although it's extremely difficult to see at this size the 4th one has a little camera shake. Now, I don't feel like every shot has to be "sharp" but I this one has so much text that I would prefer for there to be no blur at all. That being said, number 4 isn't out of the running. I generally avoid having kids in my photo because it's so difficult to avoid sentimentality, but the form in number 4 is interesting to me.

As much as I like #6, I love the framing in the first five. The darkness surrounding the front of the convenience store becomes it's own framing device. I understand your wanting to avoid sentimentality with the kid but, for some reason that I can't adequately define, I'm really drawn to #1.

I still say 6. I love the guy and the vignette feeling in the others makes me wander. I like to wander but I love to know what to look at too. And I know why I'm looking in 6 more then the 1-5. One mans opinion - maybe its too structured but...

I'm torn between 4 and 6. The storefront emerging from the darkness and the figure framed in the doorway really draw me in. The age of the figure doesn't affect me here. But I'm also into the narrative in the last one. The flow of signage around the man and his engagement with the scratchoff or whatever it is (in my mind it's a scratchoff) works for me in so many ways. Hopeful concentration surrounded by noise. I think I'm leaning towards 6.