The Panel- Part 1 of 4 parts...DANIELLE JACKSON!

There were 4 people on the panel and I have great respect for all of them.

here's who was up first...Danielle Jackson!

I had never met Danielle Jackson before but we did an interview for the current issue of NY Arts Magazine. I am a fan of Danielle's writing for sure and you can check out some of it here... culture culture.

Danielle's focus was on my use of text based images and she pretty much nailed it. She described a difference between "corporate" text and "handmade" text as seen within the body of my work. She also brought up "Public Chalkboard" from back in the day. Holy shit! Danielle digs deep! 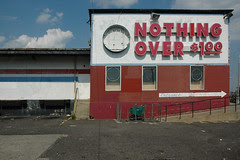 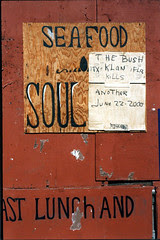 Danielle also brought up the unusually large number of images that I put up on line for people to check out and said that it could be seen as a risky strategy considering the importance of sequencing the images. I was very happy for many reasons to hear this, the biggest one is because I most certainly do see it as a huge risk. It's a very difficult choice to put forth images that are being considered at the beginning of my editing process. I do however see it as a risk worth taking as part of the transparency of process that's so important to me.


DANIELLE JACKSON is a New York based critical thinker and photographer. She began writing criticism while studying cinematography as an undergraduate of New York University and has continued since completing her graduate degree in Africana Studies. She is presently completing her first book of critical essays.

Also, I love the tunnel photo at the top of the page on Danielle's site.

Thanks a million for being on the panel, Danielle!

Hey! Chances are! I never log into my site but I saw you linked me! Keep up the good work-dj