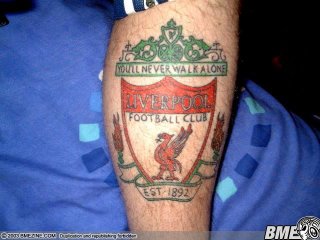 
I am fascinated with the song "You'll Never Walk Alone" from Carousel. I don't know the musical Carousel at all, but I'll be renting it sometime soon.

How does a intense connection to a pop music song move about in the world? And how is a song organically reconfigured to fit the needs of the listeners and mean so much to them out of the original context? What resonates so strongly that this song evokes true emotion and representation to unrelated groups in the world?
FOR CHRIST'S SAKE, TELL ME!

This is from a Gerry and the Pacemakers site.

"A Rodgers & Hammerstein song, 'You'll Never Walk Alone', which had enthralled Gerry Marsden since he saw the film Carousel in his youth, was their biggest hit. For three decades it has remained the anthem of the crowds at Liverpool Football Club, played before kick-off every Saturday, inscribed on the club gates and always the most popular concert request."


Go to this site and scroll down to You'll Never Walk Alone to hear a stadium filled with Liverpool supporters singing it.


Among many, many other singers Nina Simone performed You'll Never Walk Alone. 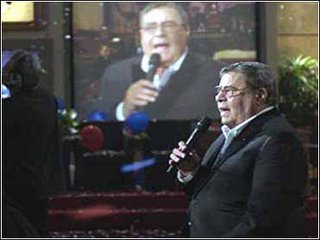 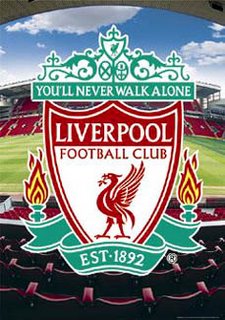 Gerry and the Pacemakers

This brings me to my favorite song placement in a film ever; "Don't Stop Believin'" by Journey in Monster.
Second is undoubtedly, "Sister Christian" by Night Ranger in Boogie Nights.
Posted by ZS at 1:22 PM