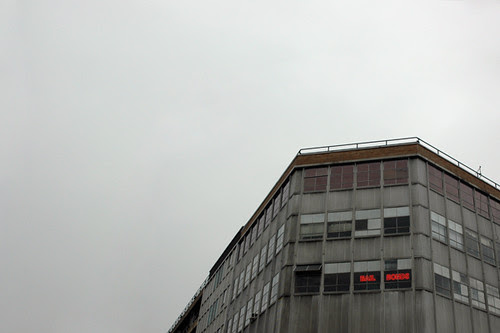 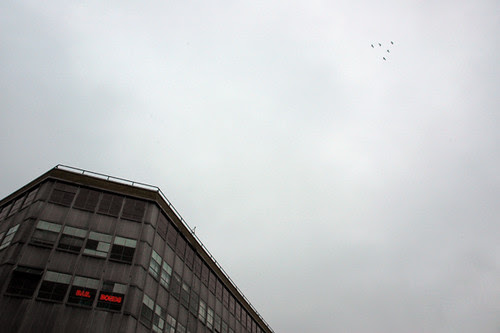 I'm thinking about these 2. I don't think they'll make it into 95. Right now I think there's something too composed and banal about them, but I might change my mind tomorrow. There's also something to them that makes me keep thinking about them, and, like with a few other photos of mine, it will take a little time to figure out if it's an aspect of the photo that I think is strong or want to avoid.


ADDENDUM-The next day. I think I love these 2 photos.

ADDENDUM ADDENDUM- If I ever say ADDENDUM aloud, I add an extra "D" ie "add-a-den-dum." I have some problem with word pronunciation. Not just a Philadelphia accent, "gas" pronounced "gaz," but some genuine block between reading and verbalizing. For many years I pronounced the "gaz" station "Citgo" as "Sit-i-go," with an extra short "i." I apparently just like to put an extra letter in sometimes.
Posted by ZS at 5:59 PM