I highly recommend going to see this film. 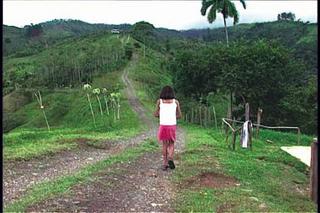 ROSITA is the story of a 9-year-old Nicaraguan girl who was raped while walking
to school and became pregnant. This riveting documentary follows the quest of
Rosa's young and illiterate parents to end their daughter's unwanted pregnancy-
and the ensuing struggle against two governments, the medical establishment,
and the Catholic Church.

REALLY STUPID PRETENSE FOR A FILM. A HIT PIECE ON THE LOCAL GOV AND THE CHURCH, JUST ANOTHER AGITPROP FILM FOR PLANNED PARENTHOOD, 40 MILLION BABIES KILLED AND COUNTING.

Thanks for your comment, Tom! I disagree with you, though. You obviously don't know what the film is about if you think it's a "really stupid pretense for a film."

You seem to have a problem with a woman's right to have an abortion. That's fine with me if you choose not to have a abortion, but stay the fuck away from my choice.

FYI
"a true story about a 9-year-old Nicaraguan girl who was raped and impregnated but whose unwanted pregnancy . . . became a political football between abortion rights advocates and antiabortion forces in Costa Rica and Nicaragua"