I don't know from art, but I know what I like OR great PMA moments

I really ain't one to be talking all that pedantic art shit, but let me point this out- 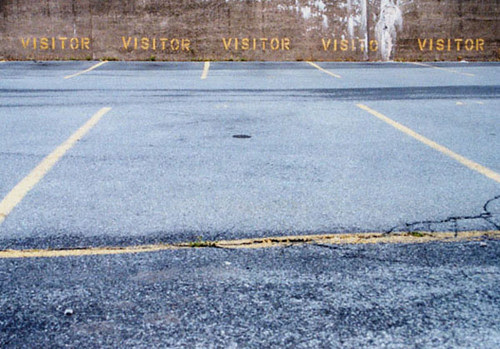 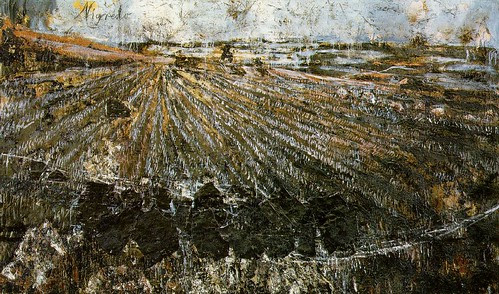 I have a great interest in painting and I'm pretty sure the composition of my photos is often subconsciously influenced by painting. I sure didn't think of Anselm Kiefer when I made this photo or even after it was printed and I started to work with the "visitors" image but it must be hidden away in my mix. This Kiefer painting, Nigredo, is one of my all time favorites. That high horizon line is off the hook.

In landscape photos, I tend to prefer a high horizon line and a stark foreground. As usual, I have about 20 specific reasons for why I like a lot of foreground...whatever. 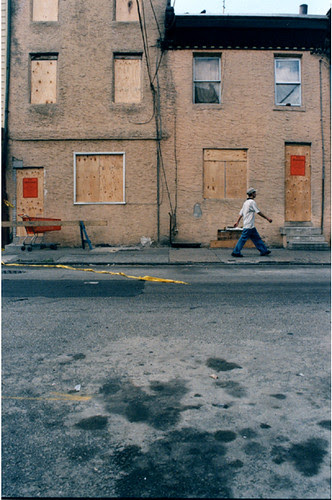 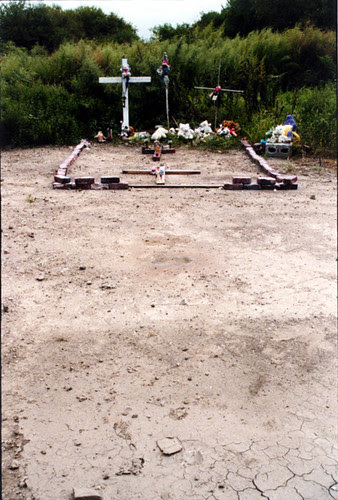 I saw a show at the Philadelphia Museum of Art about 20 years ago; a retrospective of W. Eugene Smith that I think was called "Let Truth Be the Prejudice." There was one photo in that show, of course I can't remember the name, which was a shot taken low on the ocean, with only ocean as foreground and US naval ships high in the frame. The image was remarkably flat for an image of undulating water and really beautiful. I saw that image around the same time as Nigreo at the art museum. Bring it, Philadelphia.
Posted by ZS at 8:48 PM

so then, what would be most important in the composition of a Really Good photograph; the architectural layout or the social statement? or are both equal in presenting a statement?
for example, speaking of smith, his "Tomoko Uemura being bathed by her mother" http://www.harshasatsangh.com/archive/Magazine/compassion-f.htm speaks to both senses- visual and emotional. hm-mmm.

Mom,
Could you please not post as "anonymous" when you are most certainly my mother? When are you getting your own blog? And, also I have a bunch of tomatoes if you want some, call tonight.
Love,
Your Daughter,
Zoe Strauss

hahahaha! so sure that I am your very own mother, are we? Pass on the tomatoes, thanks, unless of course they are Jersey Tomatoes.