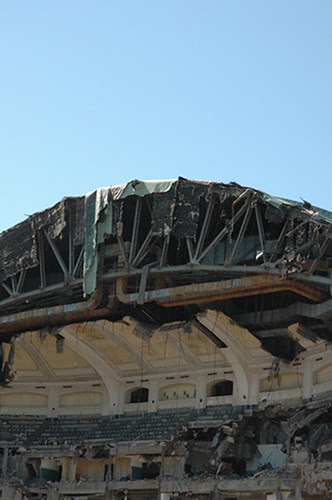 Well, well. I was arrested last week for defiant trespass at the civic center demolition site. I had apparently walked into the no trespassing area and was surrounded by 4 police cars as I went to drive home. I had a full arrest with the statement, "You're locked up, you're locked up" made to me many times and then was handcuffed, frisked, put in the back of the car and driven to my holding cell at 40th and Walnut. The arresting officer was very pleasant and called Ms. Bloom to tell her that I had been arrested and she should order a pizza for dinner since I would be a while.

The officers were perfectly friendly. Except that they went through the entire process of actually arresting me. After close to 2 hours in my holding cell, I was released and was informed that I had to go to court the next day at 8:30am as I had been charged with trespass. I mean, are you fucking kidding me?


The end of this story, and believe me, there's plenty more to this story, is that, on the advice of my legal council, I will go back to court, plead guilty, enroll in the "alternative program" and serve 24 hours of community service.

One of the many ironies in this story, and believe me, there are plenty more ironic moments in this story, is that these civic center photos are very boring. They're just snapshots of the demolition. 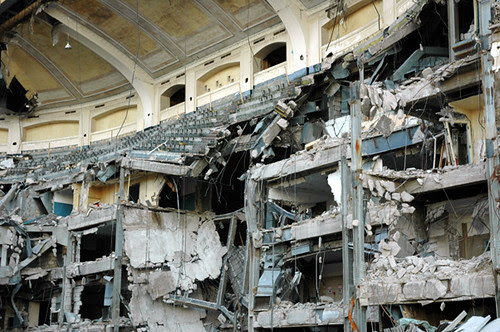 The Atlantic Ten and the Warriors and the women's professional league short lived Philadelphia Fox played basketball at the civic center. 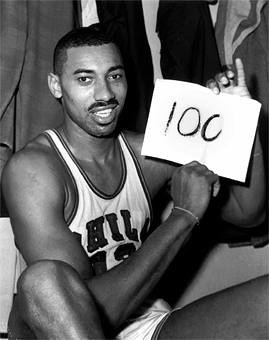 Although Wilt played at the Civic Center, this photo was taken in Hershey where he scored his 100 point game. (Thanks, Adam) Please see azss.blogspot.com for another amazing achievement of Wilt's. 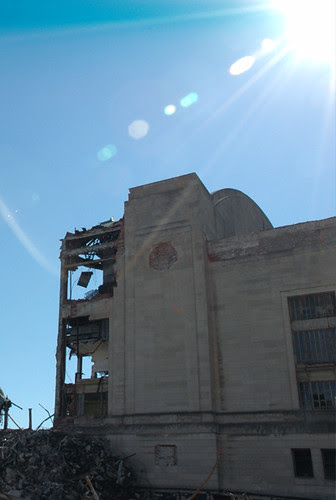 FDR was nominated for his second term as president in 1936 at the Civic Center. 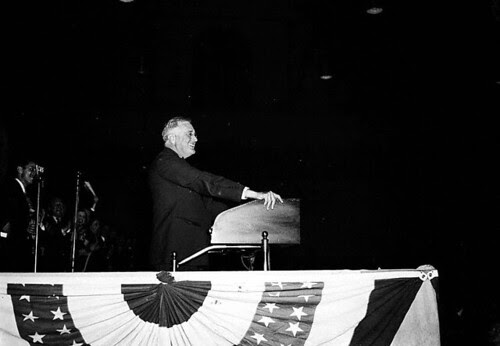 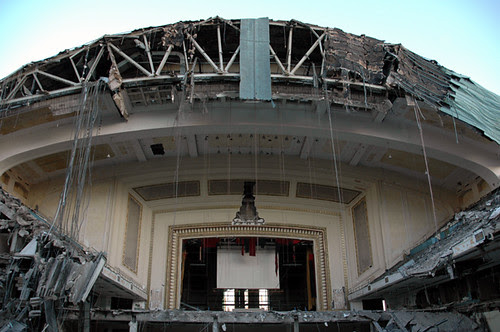 The show of shows, need I say more. 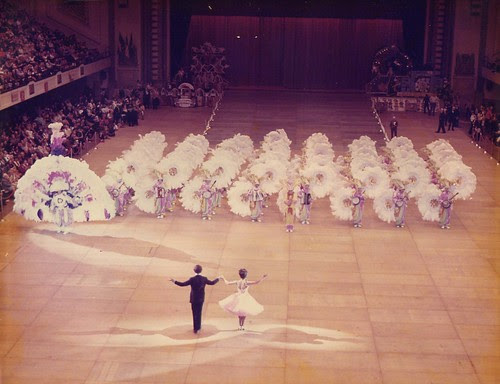 In doing my work, I always believe that I can go wherever I want, whenever I want. I can see whatever I desire to see and I can speak to anyone who I want to. Try to stop me, fuckers.

any chance i could get copies of these photos? i'm working on a short film on convention hall and they'd fit in very well...

I hate to be a stickler, but Wilt got his '100' in Hershey, not Philadelphia.

Great photos, and I hope you get a good judge.

Adam,
Sir, you are fully correct, Wilt's 100 game was in Hershey. You are not a stickler, that is important info I should have included under Wilt's photo. I know should be rocking some Warriors photo from the civic center but I love that one, even if he never came close to that score at the Center. Actually, Wilt had another amazing record that you can see at azss.blogspot.com.

Great pics. Even though you said you found them kind of "boring", the shots looked worth the trouble. I also appreciated your sunny attitude about the resulting rendezvous with the state.

(Very sorry you wound up maxing the clink, but it sounds like men and women of law enforcement comported themselves professionally, which is nice.)

Thanks for doing what you do!

Love the photos of the civic center. I don’t think there boring at all, just the opposite! I find them to be sad, I’ve worked on a few movies and a television show in that building. Aw the memories!