Many of the photographs included in the I-95 project are very personal. 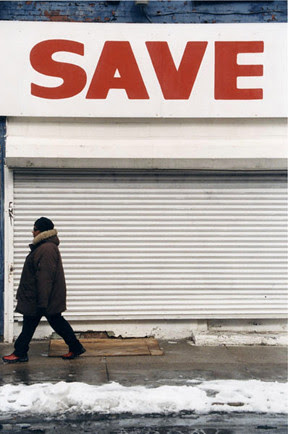 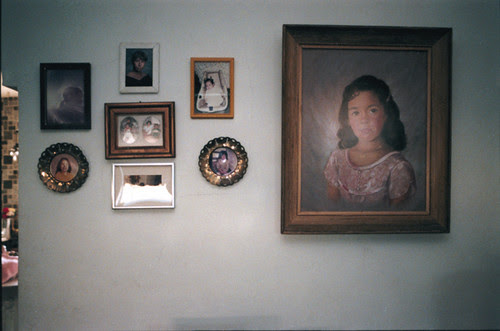 I loved my grandparents more than could ever be expressed. They lived in the same home for 50 years, in Mayfair, a lower middle class/ working class section of Northeast Philadelphia. 2922 Princeton Ave. I dream about that house at least twice a month. 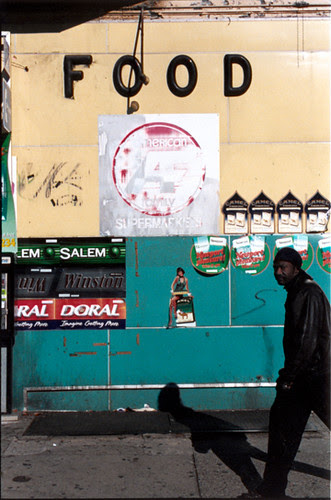 My grandfather grew up a few blocks from where this photo was taken in Strawberry Mansion.
Completly unrelated to this photo- Once my grandfather shot Ralph Bodack in the ass with a bb gun. Ralph's parents came over and said "Look what your Joey did..." but Pop's father just gave him "a licking with a wet noodle." 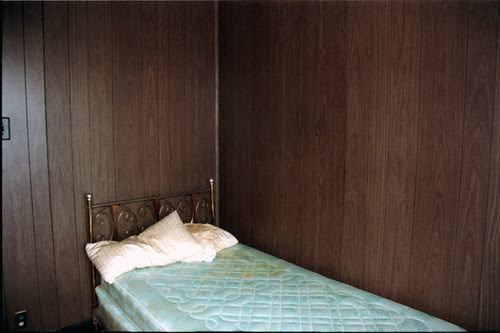 I lived with my grandparents for several years. This was my room for a while- the little room.
Posted by ZS at 10:09 AM 1 comments 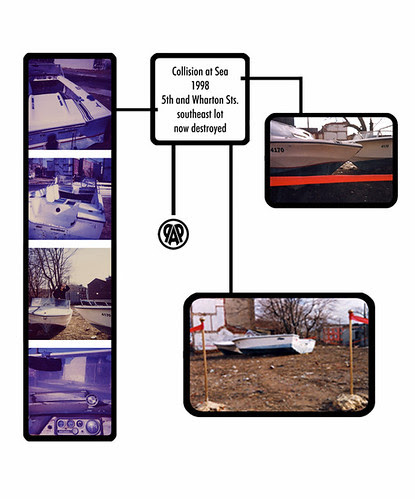 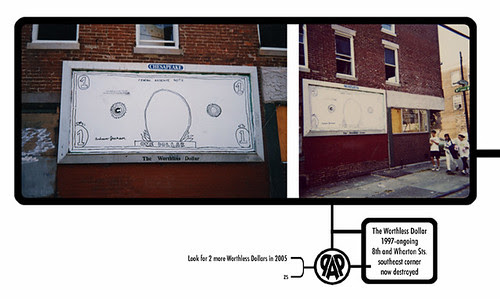 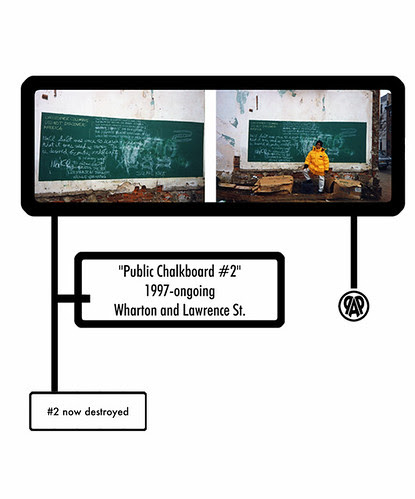 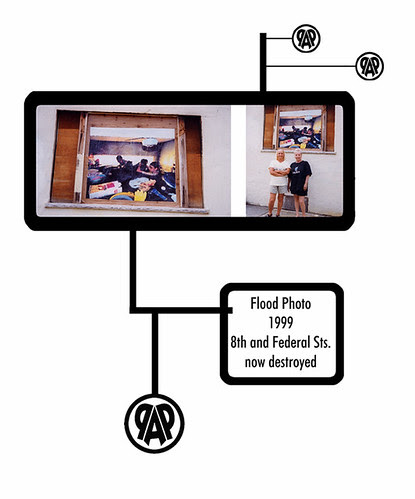 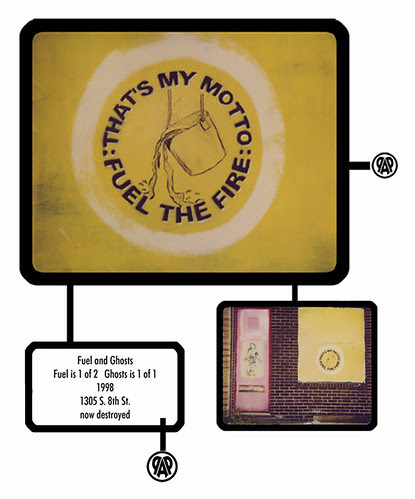 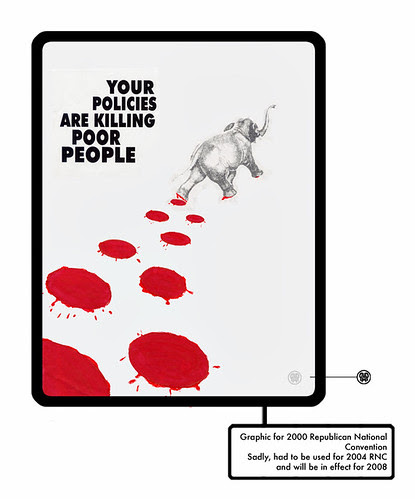 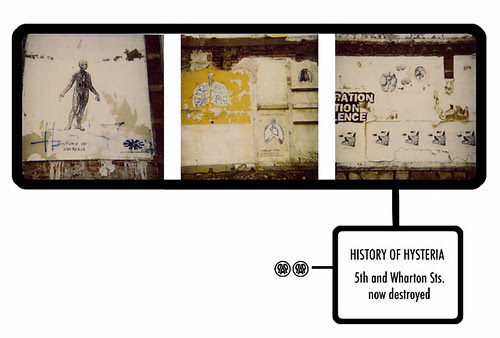 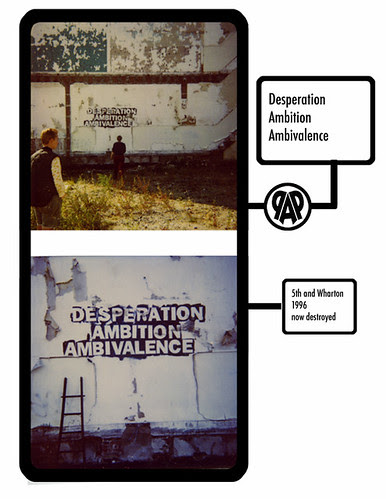 Birthday of the WORLD'S GREATEST PERSON

As many of you know, I consider Lynn Bloom to be the smartest, cutest and overall greatest person to ever live. Tomorrow LB will be 40. In honor of Ms. Bloom's love of music, I have thought quite a bit about what song would best describe her full-blown spectacularness. The winner...

Please listen to some of these songs to celebrate Ms. Bloom.

1.Racing in the Street
Darkness on the Edge of Town
Bruce Springsteen

13. Be My Baby
Best of Ronettes
Ronettes

18. So Fresh, So Clean
Stankonia
Outkast

20 and 21. Ramblin' Fever
&
I Think I'll Just Stay Here and Drink
More of the Best of Merle Haggard
Merle Haggard

23. My Heart Is the Bums on the Street
Kids in Philly
Marah

25. What We Do
Philadelphia Freeway
Freeway

27. You're the First, the Last, My Everything
All-Time Greatest Hits
Barry White

32. You Never Can Tell
St. Louis to Liverpool
Chuck Berry

35.Cruel to Be Kind
Labor of Lust
Nick Lowe 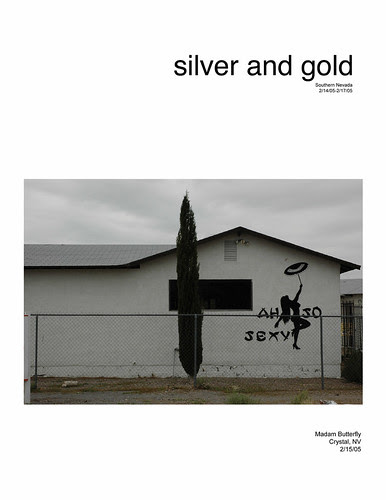 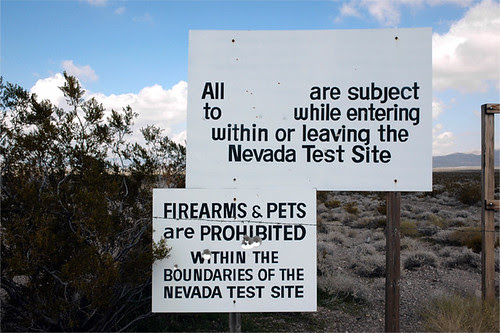 I drove by Mercury, NV to the old gated entrance of the Nevada test site. Past this sign was nothing but completely empty road and desert. As a veteran of the cold war, I want to see the Sedan crater but it’s impossible to get there without a tour.

The first bomb dropped at the Nevada test site, a one-kiloton warhead dropped from an airplane, was detonated on January 27, 1951. Between 1951 and 1962, 126 atmospheric tests of atomic weapons were conducted within the Test Site's boundaries. In the middle of the desert there is an overwhelming sense of history, even just driving by.

Little boy, Roy Cohn and Fat Man, Joseph McCarthy, the 2 George Bushes, art and repression and war and American identity, labor, homophobia, red and pink vs. red white and blue, blacklisting, science and fear and beauty and cancer and, of course, “My fellow Americans, I am pleased to tell you I just signed legislation which outlaws Russia forever. The bombing begins in five minutes.”

Here it is folks.


I met Art on Feb. 15th outside his trailer in Crystal, NV, a town of about 60 people. I was making this photo 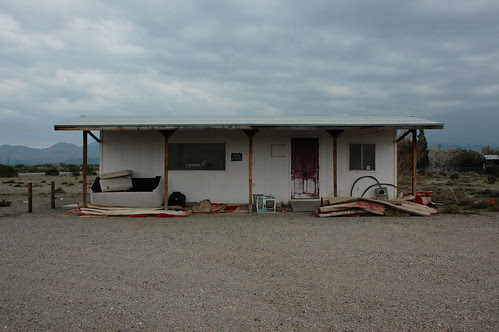 Art asked me why I thought this compsition made a good photograph. We talked for a few minutes and then I had to head back to Las Vegas. The next day, Feb 16th, on my way to Death Valley, I drove by Art’s trailer and knocked at the back door. His wife, Diane, answered and invited me into their home. I went to sit on this white plastic chair and Art said, “Don’t sit, I have a gun under there” and pulled out a revolver from under the green cushion. In this photo of Art you can see two guns, one in the folded blue chair and a revolver on the table. 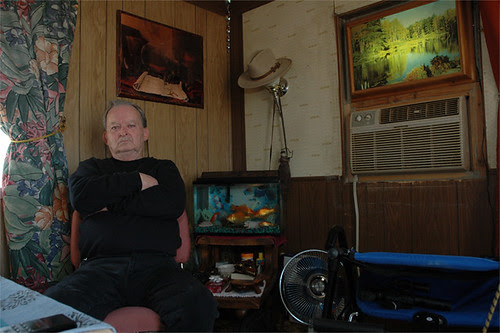 
I don't know why strangers let me into their homes and I don't know why I often have little or no fear going in. Art offered me coffee and I sat with them for about an hour. Diane and Art are smart and interesting, we talked about the war and George Bush and agreed on a lot of political points. They knew an unbelievable amount about Nevada history and sent me through Rhyolite before getting to Death Valley. I described the 95 project that I'm working on right now to those 2 as "the beauty and struggle of everyday life" but at that moment I thought it would best be described as about love. 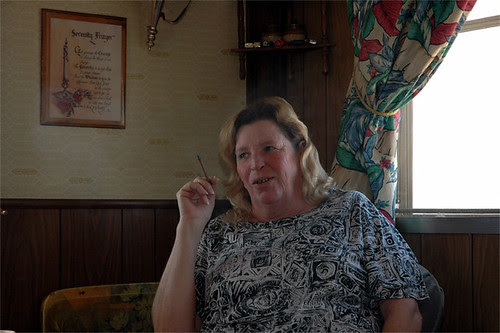 
Diane works graveyard shift managing at the brothel in Crystal. 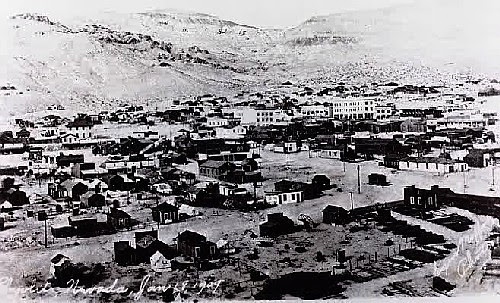 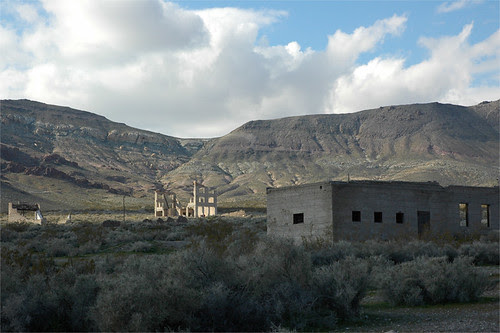 "Founded around 1904, Rhyolite, Nevada, once boasted a population of 12,000. There were hotels, stores, a school, an ice plant, two electric plants, foundries, machine shops, a miner's union hospital, and a three-story building which housed a bank. A financial panic in 1907 was the beginning of the end for Rhyolite. The lights and power were finally turned off in 1916. Today, many remnants of the town's past can be seen, including the bank, jail, train depot and Bottle House (constructed out of 50,000 beer and liquor bottles)." 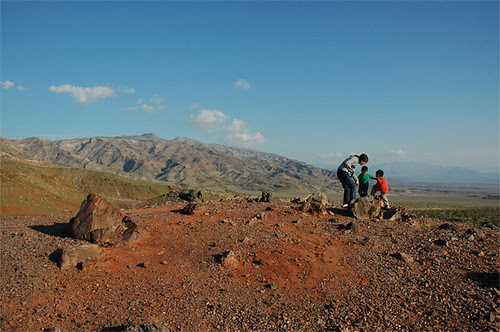 I saw four people in all of Death Valley (this family’s father isn’t pictured here, he’s getting a map out of their car). They asked where I was from and when I told them Philadelphia the woman start yelling, “We are too!” The father then prompted the kids to give an Eagles cheer. They’re from Collegeville, to be exact, and were in Las Vegas for a conference. Unfuckingbelievable. 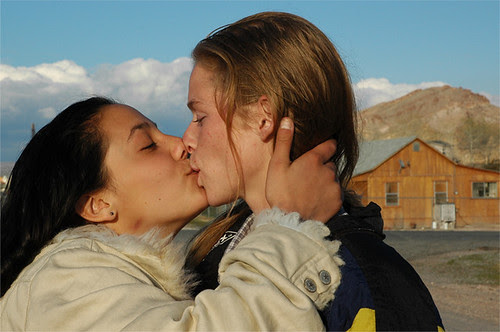 
Beatty, NV, population 1154- is high desert just east of Death Valley. These women, young women, neither could be more than 20 years old, were walking in middle of the road holding hands. They were the first people I had seen in over 15 miles. I pulled over, got out of the car and asked if they were gay. Yes, they are, and they’re engaged. I told them I was a lesbian, we talked for less than minute. then I asked to take their photo and told them to pose however they wanted.

After taking a few frames, I thanked them, we all shook hands and they walked away holding hands. As I was getting back into the rental car, the woman with black hair turned around and said, “More power to you.” 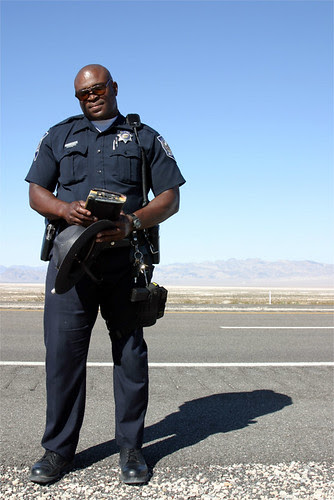 Six months ago, this trooper stopped me for speeding along a hundred mile stretch of desert highway. He let me out of the ticket after we talked for about 20 minutes. This week, on my way back from Death Valley, I saw him again. He had stopped a pickup truck and was stepping out of his cruiser on the shoulder of the highway. I pulled over far ahead of the cars, backed up along the shoulder and got out to say hello. The trooper and I embraced, we talked for a few minutes while the 2 men in the pickup waited for their ticket. The trooper graciously invited me to stop by his house sometime. He was as handsome as ever.
The first time I saw him, there were no other cars in sight. The second time I saw him, the only other car in sight was the stopped pickup. Again, what the fuck?

In the wee wee hours your mind gets hazy, radio relay towers lead me to my baby
Radio's jammed up with talk show stations
It's just talk, talk, talk, talk, till you lose your patience
Mister state trooper, please don't stop me

Hey, somebody out there, listen to my last prayer
Hiho silver-o, deliver me from nowhere 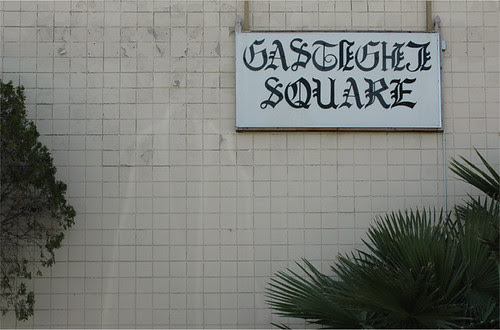