I head to many of the billboards to hand out maps and discuss the images. Sometimes I make photos of the visits, but most often I don't. It's just talking. John, on the 5300 block of Lindbergh. He lives across from the photo of Matt Tune and we talked about why Matt Tune was placed there. Here's Neeyah, we talked for a while about why the photo of Matt Tune was there. She was about it. Jas works at the BP station, and said to let folks know they can feel free to stop and pick up some billboard maps at the station, which is at 54th and Lindbergh. I periodically stop and drop them if they've run out.
Thank you, Jas! Jas is much friendlier than he appears this photo. 
Matt Tune is a shrimper who was out of work for a long period of time due to the BP catastrophe. This billboard lends to interesting discussions about Matt Tune's connection to the neighbors and workers at the gas station who face his image. How is he related to the neighborhood in regards to his connection the BP catastrophe, how are we connected? It's been a pleasure for me to both participate ihe discourse that's come up in relation to this image and to listen to others talking about it. More questions than answers crop up. So, success.
Posted by ZS at 1:45 PM 0 comments The Times’s picture library was originally part of the art department, not the news department. Once it was consolidated with the newsroom clipping file, however, it came to be called the morgue. Explanations differ as to the origins of that name, but it’s safe to say that the clippings were originally biographical and kept close at hand in case a subject dropped dead around deadline, requiring an instant obituary. Whatever the case, any morgue that includes a bus-sized, helium-filled Bullwinkle hovering over Times Square is a very lively morgue indeed.
Posted by ZS at 10:19 AM 0 comments

Happy Birthday to the greatest person on earth, Lynn Bloom.
Posted by ZS at 1:36 AM 3 comments

Raising the Flag on Iwo Jima, by Joe Rosenthal 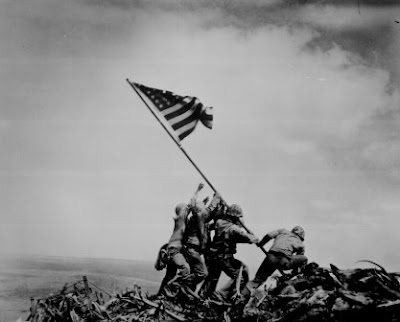 Raising the Flag on Iwo Jima, by Joe Rosenthal / The Associated Press.
February 23, 1945


This photo is the second flag raising.
Posted by ZS at 10:32 AM 0 comments The spectacular El Hatch at her billboard.
Posted by ZS at 3:33 PM 0 comments

My Philadelphia Public High School Tour Is On.


Addendum: seemed to be great success, but problems immediately arose with my use of language, despite high school students being 11th and 12th graders and my honestly about how much I didn't like high school. That's the end of that.
Posted by ZS at 10:59 AM 0 comments 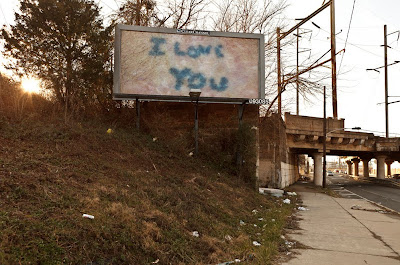 Installation Photo by Steve Weinik
Posted by ZS at 10:56 AM 0 comments

Tomorrow on FREE, BUT DONATIONS ACCEPTED aka "pay what what you wish" day at the museum is a spectacular screening of films from Temple University Libraries’ Urban Archives: 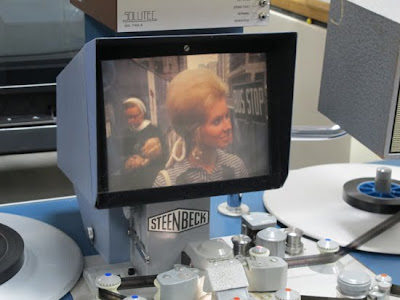 "Temple University Libraries’ Urban Archives and Megawords Magazine are partnering for a screening as part of the Zoe Strauss: Ten Years exhibition at the Philadelphia Museum of Art. All films are drawn from our television news collection and are loosely inspired by the work of Zoe Strauss, Megawords and the PMA itself. All footage where the gaze of the news camera puts you in touch with the rituals, traditions, places and challenges of Philadelphia and its residents over three decades."


Here is a full listing of the films:


**“Assignment: 1747 Randolph Street” (Part 1) WPVI Public Affairs- 1966 (25:00)- The first half of a sometimes challenging 1966 documentary about poverty in North Philadelphia. The documentary focuses specifically on the Ludlow neighborhood, the scene of a brutal crime a year before and eventual target for reform by civic organizations and politicians. Vivid shots of neighborhood conditions are combined with interviews with a cross section of community leaders, politicians and residents.


**“Graffiti and Wall Mural” WPVI Public Affairs- 1972 (12:00)- Vintage shots of a graffiti covered El ride, artist Sam Maitin debating with South Philadelphia neighbors as he paints a mural on the Fleisher Art Memorial, and street interviews with Philadelphians about art and graffiti. A quirky, fun piece about the politics and opinions on graffiti and murals in the city.


** “Hippies” KYW News- April 12, 1968 (4:37)- A news story on hippies in one of their most popular spaces to congregate in the 1960s, Rittenhouse Square. Hippies and residents alike perform for the camera and make the anchor’s job difficult as he tries to report on their future in the park.


** “Sit-In” (excerpts) KYW News- March 11, 1965 (3:00)- Students from Temple University and University of Pennsylvania stage a sit-in, inside and outside the offices of U.S. Attorney General Drew J. T. O’Keefe in the Ninth and Market federal building. They were doing so to protest the “treatment of African-Americans conducting right-to-vote demonstrations in Selma, Alabama.”


** “Art Museum” KYW News- September 15, 1967 (6:00)- Silent black and white footage of some of the pieces and reactions at the Philadelphia Museum of Art’s popular but polarizing “American Sculpture of the Sixties”. A few of the 130 pieces from 80 artists in the playful 1967 exhibition.


** “Blimp Visits City” WFIL News- November 23, 1948 (1:18)- Very short but distinct vantage of Philadelphia through a 1948 Goodyear Blimp visit to our city. The camera treats the forms of the city below as abstractions.


** “Visions of A New Day: Bodegas ‘Mom and Pop Stores’” WPVI Public Affairs- March 18, 1976 (10:00)- Visions of a New Day highlights an integral part of Philadelphia’s Puerto Rican neighborhoods, the bodega (corner store). We’re taken through the streets and inside homes and stores during interviews with bodega owners and shoppers. 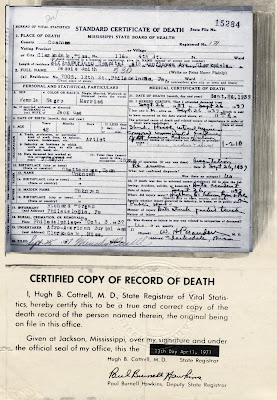 "Demand for her live performances steadily increased as the 1930s progressed, and by 1936 was such that a one-night booking to replace Billie Holiday at Connie's Inn in New York was extended into a residency of two months. Invitations to perform at prestigious venues such as the Savoy Ballroom and the Apollo in New York and Art's Café and the Wander Inn in Philadelphia followed."

The Wander Inn is now the American Sardine Bar
Thanks to Michael Jordan for this info.
Posted by ZS at 10:20 PM 0 comments

"If I forget you, O Jerusalem, let my right hand wither"


More than 110 were wounded in the attack, 40 of them children, when a Hamas bomber detonated a five-kilogram device packed with ball-bearings on a crowded bus returning from prayers at the Western Wall.

Muhammad's Night of Ascension: Muslims believe Muhammad was miraculously transported one night from Mecca to the Temple Mount in Jerusalem.

Dome of the Rock

" ...with Israel a modern state, some see that longing as anachronistic, and with it the phrase that traditionally ends the seder, "Next Year in Jerusalem." The temple was destroyed 2,000 years ago, and many Jews today feel comfortable, religiously and materially, in their Diaspora communities. Some are uncomfortable with the extremes of religious life and the ongoing political strife in the Jewish state. The issue is even more salient for Israeli Jews, residents of a country whose capital is Jerusalem, for whom "next year in Jerusalem" therefore makes little sense on its surface.

What, then, does it mean for today's Jew to utter the words "next year in Jerusalem" at the end of every Passover seder?"

Hey! Anyone with a lot of knowledege of Mississippi Delta Blues, specifically Robert Johnson and knowledge about Bessie Smith, up for hosting a conversation about the Blues in the next month or so?

Hit me up at info (at) zoestrauss (dot) com!

Five Ways to Support Women's Health for All

Thank you to Steve Earle for coming and talking at the Art Museum and for just being so great.
Posted by ZS at 10:24 AM 0 comments